On Saturday, May 11 and Sunday, May 12 of 2013, members of the Arkansas state PANDA team conducted street outreach operations to reveal truths surrounding the unconstitutional and inhumane aspects of the 2012 NDAA in downtown Van Buren, Arkansas, at the Old Timer's Day Festival, by talking with citizens and passing out written information.

The festival featured music, arts and crafts, and various types of entertainment on the city’s Historic Main Street. More than 200 exhibitors from seven states were present at this festival.

Arkansas PANDA state team leader Levonne Gryder reports success in recruiting new members and that a significant amount of information was distributed to citizens at this event.

Additionally, members of the John Birch society are thanked for directing citizens to the PANDA team members to discuss the indefinite detention clauses in the 2012 NDAA.

Much thanks to PANDA Arkansas for educating countless numbers of people about the violations to liberty which are embodied the 2012 NDAA.

More information about the indefinite detention clauses in the 2012 NDAA can be found at http://pandaunite.org/whatisthendaa/. 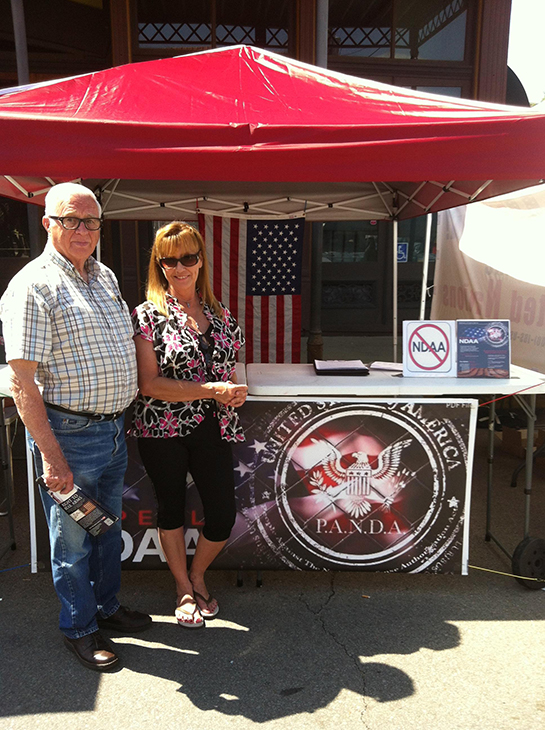